The use of sensors on injection molding machines

The main parameters of OULD sensor 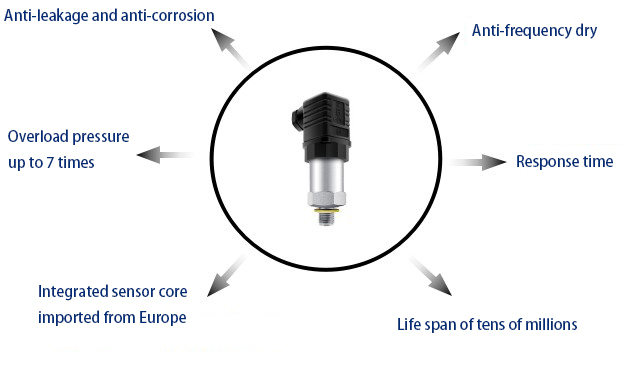 The output of plastic molding equipment in Germany, Austria, China, Japan, South Korea and Canada accounts for about 80% of the total global output. Manufacturing powerhouses such as Europe and Japan attach great importance to innovation in the field of plastic machinery. More than 45% of the global plastic machinery patents are owned by European companies, and more than half of the annual export value also comes from Europe. The precision injection molding machines and large injection molding machines produced in European countries represented by Germany have high technology content and high added value, with high profit margins, and almost monopolize the high-end market.

With the continued boom in a series of sectors such as real estate, home appliances, and automobiles, and benefiting from the impact of the recovery of downstream industries, the demand for plastic products has also grown steadily. Although Germany and Japan master high-end advanced large-scale and electric injection molding machines, domestic injection molding machine companies continue to strengthen their competitiveness and become a new growth driver for companies, struggling to catch up and occupy the global high-end market. From 2009 to 2017, the compound growth rate of my country's plastic products output was 6.8%. In 2017, the industry output reached 75.155 million tons, a year-on-year increase of 3.4%. The output of plastic products has maintained steady growth in recent years.

With the rapid development of my country's national municipal engineering, rail transit and other fields, such as aircraft, high-speed rail, high-speed trains and other strategic needs, the demand for large two-plate injection molding machines for large plastic parts is increasing. The two-platen machine has the advantages of saving space and improving efficiency, and is currently becoming the main development direction of large injection molding machines.

The output of the plastic products industry has grown steadily, and the per capita plastic consumption is still lower than that of developed countries. From the perspective of the output of plastic products, its output has maintained a steady growth. From 2009 to 2016, the compound growth rate of China's plastic product output was 4.8%. In 2016, the industry output reached 77.17 million tons. From 2017 to 2018, China's plastic product products experienced a sharp decline. In 2019, domestic plastic product output resumed growth, reaching 81,841,700 tons, a significant year-on-year increase of 35.5%. This is mainly due to the shift of China's waste plastic imports from Europe and the United States to Southeast Asia and waste plastics The increase in recycling is related.

From the perspective of downstream industry output, new energy vehicles have grown rapidly since May 2017, mainly due to favorable policies such as the reduction of down payment ratios for new energy vehicles and second-hand vehicles in the “Auto Loan Management Measures”. At the same time, the two sessions in 2018 Proposing the development of new consumption business models and new models, extending the new energy vehicle purchase tax preferential policy for another three years, and completely abolishing the policy of restricted relocation of used vehicles. The output of new energy vehicles is expected to continue to maintain rapid growth; in the home appliance industry, household air conditioners and refrigerators Out of the trough of negative growth in 2015, it has continued to maintain a double-digit growth since February 2017; the year-on-year growth of special packaging machinery has slowed down; and the precision and light weight of the 3C industry is the overall development trend.

My country's supervision of the plastic machinery industry mainly includes:

1. The National Development and Reform Commission and the Ministry of Industry and Information Technology have macro-control of the industry, including the formulation of industrial policies, industry regulations, and technical standards.

3. Industry self-discipline management of China Plastics Machinery Industry Association. In addition, the industry access of foreign-invested enterprises is managed by the commercial department.

When my country's injection molding machine products enter overseas markets, they must also meet the market access standards of relevant countries and regions on product efficiency, energy consumption, environmental protection, and other aspects, and accept the constraints of relevant national and regional policies and laws.

Analysis of opportunities for the future development of the industry

At present, the annual output value of China's plastic machinery industry is about 10 billion yuan, and the domestic market demand is about 20 billion yuan, there is still a lot of room. In addition, it is now recognized that the per capita consumption of plastics in a country or region and the position of the plastics industry in the national economy are one of the important signs that reflect industrial development and progress. China is rich in plastic resources. At the beginning of the 21st century, the annual output of major synthetic resins reached 42 million tons. It is a veritable plastic power and ranks fourth in the world. It is predicted that from now on to the "Eleventh Five-Year Plan" period, China's synthetic resin output will increase at a rate of 5%-10%, and China is again a big consumer of plastics. According to statistics, its annual consumption accounts for the second place in the world, second only to the United States, while China’s per capita consumption is only 19kg, ranking 32nd in the world, 11%-20% of industrialized countries. Big development, the prospect of plastic machinery is broad, it follows the needs of plastic products and develops.