The pressure sensor is the second most popular sensing instrument in industries, preceded only by temperature sensors. A water pressure sensor measures the pressure of water inflow systems, monitors flowrate, and keeps a check on the water level to prevent overflow and flooding.

Water pressure sensors generate electrical signals which computers and controllers of the control system ultimately read. However, this process is not as simple as it sounds.

You May Also Read: How Differential Pressure Transmitter Measure Level?

Between water pressure sensors sensing the pressure, flow, or level and the controller taking action after reading these signals is a complex process of converting and enhancing the signals. 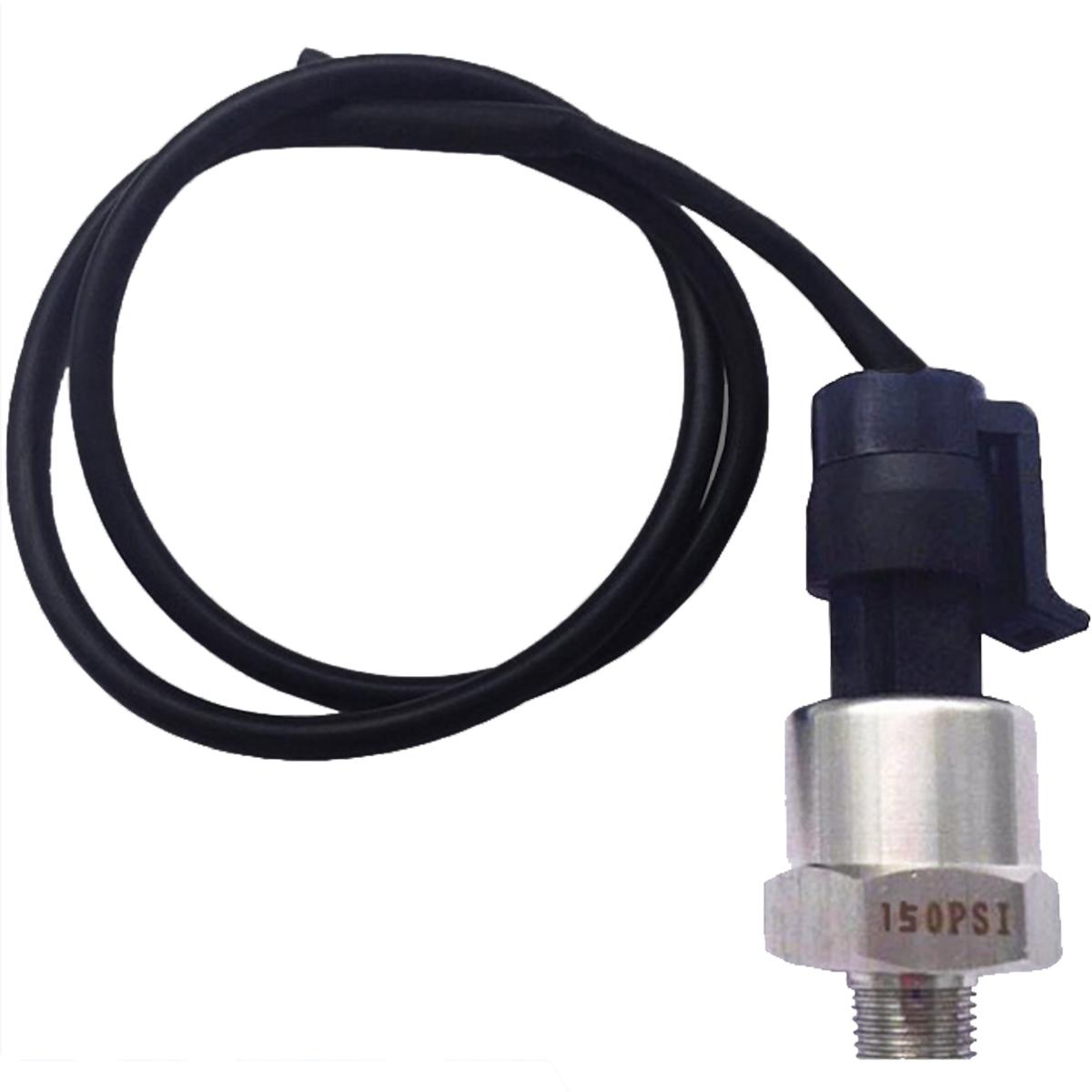 Water pressure sensors are among the most important components of a water flow control system. They measure pressure and keep the controller updated. Whenever the controller senses a variation of pressure from the setpoint, it acts and mitigates the deviation.

Pressure sensors consist of a sensing element. The pressure acts on the sensing element and induces a charge in the semiconductor or a change in resistance or capacitance of the resistors or conductors. This charge or variation is proportional to the pressure and translates into voltage signals. These voltage signals pass through conditioners, amplifiers, and converters to finally reach their destination-the controller.

So, we call the entire process of making the sensor’s electrical signals understandable to the controller, signal conditioning.

Signal conditioning involves converting the signals from one form to another. Amplifying them in terms of magnitude and filtering out noisy, irrelevant signals. Some signal conditioners also offer linearization of the input signals.

Most water pressure sensors utilize resistive strain gauges in their diaphragm. These resistors form a Wheatstone bridge circuit inside the sensor. When the pressure compresses the diaphragm, the resistors experience a change in their resistance which the bridge circuit converts into electrical signals.

The voltage signals that the bridge circuit generates are very small and may contain noise and deviate from the set value. So, to make these circuits’ signals readable for subsequent devices, bridge circuits need conditioners.

These bridge conditioners are integrated into the bridge circuits and work to eliminate initial offset and essentially condition the signals that the bridge generates in response to system pressure.

Bridge conditioners provide galvanic isolation between the input and output circuits and power supply and excitation sources. They eliminate the need for wires between input and output. They convert input signals into magnetic or optical signals. And transmit them to the output where they are reconstructed into the desired form. In this way, bridge conditioners filter out unnecessary signals and minimize electrical interference or noise.

Bridge conditioners also work to manipulate signals and make them compatible with the amplifier input that follows the bridge conditioning.

The voltage that the Wheatstone bridge circuit generates in response to change in resistance due to system pressure is very small, usually in millivolts. And to make these signals capable of traveling and compatible with the analog to digital converters input range, the sensors utilize a signal amplifier.

Bridge circuits that are present in most water pressure sensors generate 0-10 mV signals. The signal amplifier works to increase the magnitude of these signals and brings them within the range of 0-10 V.

A signal amplifier receives the voltage signals from the sensors Wheatstone bridge, increase their amplitude, and modifies, and conditions them so that they can be further processed for the controllers to read.

Amplifiers enhance the voltage signals from the sensor by eliminating noisy signals or enhancing the signal-to-noise ratio and rejecting other common-mode signals.

Sensors may also exhibit some non-linearity in their readings. This nonlinearity is detrimental to the entire control system’s accuracy. Some amplifiers can also eliminate the nonlinearity of input signals and hence contribute to making the entire process more efficient.

However, each amplifier is programmed to work on a certain type of output signal. One cannot use mV output signals as an input to the amplifier that works to amplify mA signals.

We know how crucial pressure sensors are to a system’s process control setup. However, we fail to acknowledge the contributions of an analog to digital converter in making the control process useful.

The analog to digital converter is the device that converts systems analog signals into digital data to make it understandable by the controllers.

Controllers are programmed to read digital data. And pressure sensors generate analog signals. Just like a Chinese speaking person can’t understand what a German is saying unless the German talks in Chinese, a controller cannot understand what the water pressure sensor is telling them unless it tells them in a format they understand, which is the digital format.

The analog to digital converter works as a bridge between the analog real world and the digital world of intelligent controllers. It relates analog pressure variation information supplied by the water pressure sensor to the multi-bit digital that the controller can work with.

An analog to digital converter converts an analog input voltage signal into a digital signal by using some known voltage as a reference. It compares the input voltage with a reference voltage and generates the difference or the output in digital format.

So, we can say that no matter how smart and efficient a pressure sensor is, without an ADC, it will be of no use to the process control setup.

Pressure sensors and controllers are inherently incompatible with one another. Therefore, they cannot communicate with each other as the former relays analog output and the latter accepts digital input.

A pressure sensor first utilizes a bridge conditioner which conditions the voltage signals that its circuit generates. Then, since the circuit signals are of low magnitude, the system employs an amplifier that increases the amplitude of the analog signals. And finally, the ADC converts the conditioned, amplified signals into digital form and read by the controller. 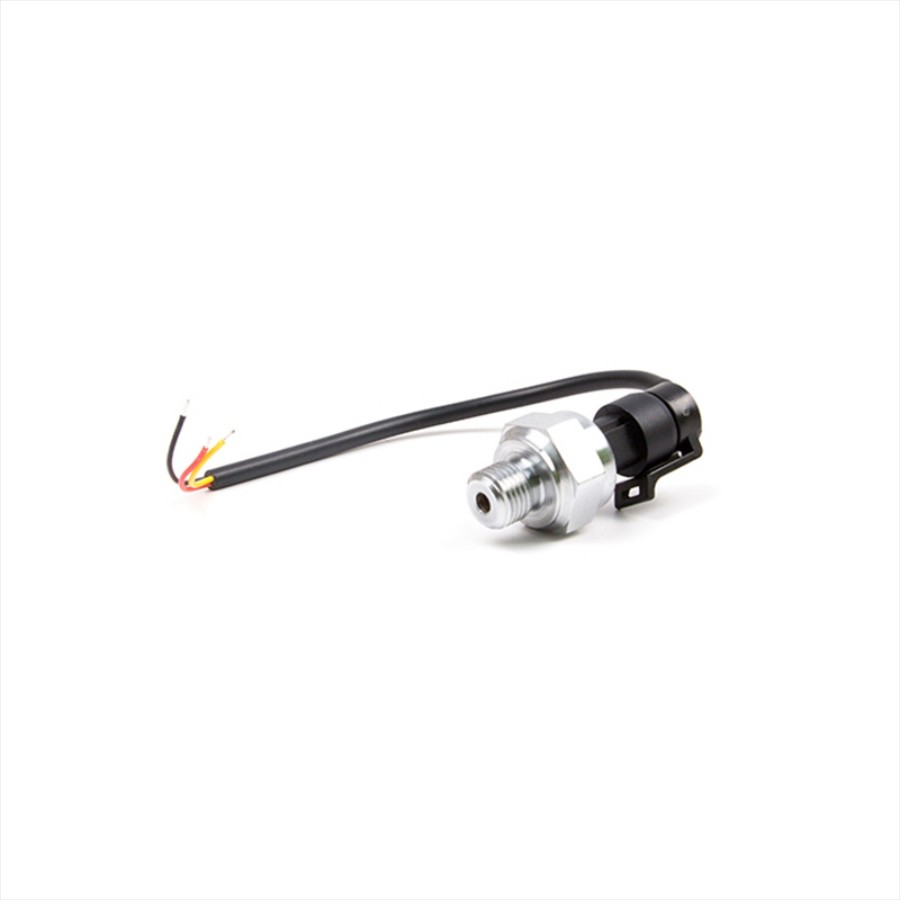